All my life I have dreamed of fire. On cold nights it warmed me, in love it engulfed me, in fever it cleansed me.

I am cold. The early winter frosts are settling on the ground. Icy. Crisp. I lay the kindling in the wood stove and heave some large logs on top to keep the fire burning all morning. I stand in the kitchen, close to the fire allowing the heat to seep into my old bones. The porridge is bubbling on the stove and the aroma of fresh coffee is awakening my senses. The radio chats softly in the background, offering its insights to the world via talkback. Another early start; another long day. The Woman in the Window

I see her when I shut my eyes at night. She haunts me, follows me, will not let me rest. Her palms press against the window as if she is trying to push through but her forehead leans on the glass in a gesture of defeat. She conveys resignation; the weariness of a soul lost to time.

The woman in the window. I have searched the archives, delved into the history of this place to find her name, to ferret out details of her past. The Abbotsford Convent, built in the 1860’s, has a complex past and many of the records have been lost. Port Fairy. The place I have been told will mend my broken mind. This is a forced retreat, time out for a woman on the edge of a breakdown.

I stand on the foreshore and watch the waves. Mesmerized. They build far out to sea, a gentle swell that becomes a mountain. A surge that can no longer contain the power, it breaks. Droplets of water cascade as it envelops itself, crashing, crumbling. Self-destruction. Careering to shore with unmatched determination. Sliding onto the sand before being sucked back with the undertow. Millions of grains of sand being dragged out to sea. No way to resist. Back and forth – relentlessly, tirelessly, incessantly. Me, for the last six years.

Millie came downstairs every night after the bar closed. She moved contentedly through the silence that descended after all the patrons had left. The staff had tidied away the evening’s disorder but the air in the bar was heavy with stale smoke and the greasy smell of the evening’s meals. She switched on the lights behind the bar and reached for the Glenmorangie single malt – her favourite tipple.

She’d lived in the flat over the bar for the last 15 years, compliments of her old friend Owen. For entertainment she’d had her nephew hitch up several wireless cameras to her laptop so she could watch the happenings in the bar without the necessity of taking part.

Honest Abe they called me.  When my friends were stealing sweets from the newsagent I was the stooge, the one buying 10 cents of milk bottles as a cover for my friends spurious activities.   I was the one who paid to get into the music festival while all my friends jumped the fence.  And then I started writing crime fiction.

I am Abigail Readstone the girl who blushes when telling a lie and avoids anything spurious.   And now I am here, in the lock up, sharing a cell with Celia and Minnie, two working girls?  You’ve heard the jailhouse line “it wasn’t me” but this time it’s true, it really wasn’t me. Do Ghosts Have Freckles

… I skip up to Swanston Street wishing my sister Viola was with me.

At the butcher I place my order then turn my back and lower my eyes. I detest the spectre of dead skinless animals suspended like a wallpaper of carcasses, loathe watching the knife slicing and carving into the flesh. I pay, tuck the wrapped parcel of meat under my arm and pull the door closed behind me.

He’s here. Leaning casually against the side of the building, cigarette dangling from his lips, hands running through his greasy hair. I know those hands, nicotine stained and coarse as they run over my leg as I sit at the dinner table. He touches Viola too but Grandma won’t believe us. She says it’s accidental and no harm meant. I can see by the look on her face that Rachel isn’t pleased to be here. Resigned. Dog-tired. For her it’s a mundane day of chores, another old man with wrinkled skin and a mangled body trapped in a wheelchair. Persona non grata. For me it’s one of the few times I get to see another human being. The meals on wheels lady may come three times a week but she never stops to chat.

Subsidised in-home care – it has enabled me to stay in my own home for far longer than I should have. It has locked me into this house that I can no longer maintain and then humiliates me by sending young girls to manage my personal care. Rachel is my fifth such carer… 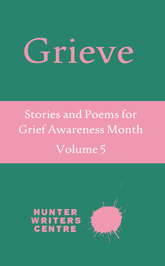 The Man in the Mirror

I call him the man in the mirror as that’s where he seems to appear. He started out being quite sociable, laughing at my jokes and generally being around when I felt like a chat, but lately he’s been overbearing. He followed me into the bathroom yesterday, for God’s sake, stood looking in the mirror. We had a chat after that, him and I. Well, I did. I asked him what was going on here and he just stood and looked straight back at me with a quizzical look on his face, like he was waiting for an answer. I’ll have to get Margaret onto this. I’ll make her a cup of tea before I raise it. She does like a nice cup of tea.

“Who the hell are you?” There’s a strange old woman sitting at my kitchen table. “Are you a friend of Margaret’s?” She makes that strange hmmfing sound that Margaret does – perhaps it’s catching or maybe hereditary……

My fingers rest on the cold metal handle. I peer through the glass door at the polished wooden steps that lead up to the office. My shadow casts a silhouette, imitating a body prone across the bottom steps. I focus on the shadow, watching it expand, misshape, and reform as I pull open the door and enter the warmth. The office upstairs is full of early morning noises – the clatter of coffee cups competing with the voices of my colleagues as they attempt to gain kudos by reimagining their lives, truth spiced with inventiveness and wishful thinking. I place a booted foot on the bottom stair and begin my ascent; my bag jolting on my hip in time with the movement. My palm glides up the wooden handrail as I climb. I run my fingers back and forth across a hollow, a minor dent. I caress the wood.

‘What are you doing here?’

‘Oh Susan dear. How are you coping?’ The gossip vultures perch, waiting. Whatever I say, how I say it, what my face betrays; all will be swiftly devoured. I am newsworthy and they are after the scoop… Dust and mothballs. I don’t know why I chose Australia Day to clean up the attic. Perhaps it’s the guilt that another New Year’s resolution is about to quietly slide through January unseen and end up in February. The floorboards give and bend as I cross the floor to the skylight. I tug on the ratty cord of the old blind, curse as it crumbles, canvas fragments raining down on me as it disintegrates. The window screeches as I force it open and a sudden breeze sends the dust dancing around the greying cardboard boxes that house my past. I sneeze, wiping my nose on my shirtsleeve as I survey the room. Cobwebs filled with dead flies festoon the corners, paintings from my Grandmothers house lie stacked against the wall half covered in a dusty old sheet, and my old childhood dresser sits forlornly in the corner, its drawers warped by damp and time.

“Eeny, meeny, miny, moe.” My scientific method for choosing where to start has me ripping the tape off a tattered box marked “Uncle Milo’s Things”.

Milo was my father’s older brother, a Professor of History who specialised in early twentieth century crime. I used to spend a week each summer holidays at Uncle Milo’s house in Port Fairy. Milo, a confirmed bachelor, wasn’t up with what would be termed ‘appropriate bedtime stories’ for children and used to entertain me with tales of murder and mayhem, casting himself as the unlikely hero.

The masking tape offers no resistance and I prise open the box. Inside is an eclectic mix; a pith helmet, an old Olivetti typewriter, a copy of Whittier’s Poetical Works, a magnifying glass, and under a pile of yellowed papers, a beautiful set of binoculars. I pick up the binoculars. The silver eyepieces and copper bridge needed a polish but the ornately carved wooden barrel has me transfixed. I trace the patterns with my finger then reach for the magnifying glass. The wooden barrel of the binoculars is carved with a continuous pattern that looks remarkably like two snakes intertwined. I grab my phone and Google ‘continuous snake pattern’. Ourorboros – an ancient symbol depicting a serpent or dragon eating its own tail. The infinity snake is a symbol of resurrection, the cycle of life and death. A double ouroboros (two creatures swallowing one another) in alchemy signifies volatility. I shrug and replace the binoculars in the box. I’ve never been that interested in mystical symbolism. Maybe it’ll all be worth something to a second hand dealer… My name is Suni. I was smuggled into Australia inside a cardboard tube with small holes poked in the side. When they opened up the tube I was too groggy to put up much of a fight. They locked me up. Took away my freedom. I am a prisoner.

I can see this strange land through the wire that separates me from it. I see wide open spaces when I am used to dense forest. A harsh dry glare replaces the dappled sunlight of my home. The trees outside emit a strange heady smell and seem to be home to small bear like animals that look permanently dazed. The insect life is loud, clacking and chirping and the snakes curl up on the warm earth instead of draping themselves over the limbs of trees.

I nip at the bars that restrict me. I am relentless, desperate. My beak is chipped and sore from the effort but there is not even a dent. I watch the tiny local birds flit in and out, flaunting freedom that is afforded them because of their size. They dart in, grab the seed, and swoop around the cage taunting, teasing, then dash out through the diagonal webbing that confines me. They torment me. They strut around the branches of the gum tree then swoop around the roof of my cage. Do they revel in my captivity? There are others with me here, refugees from different lands; Tara and Tizzy the colourful toucans, Bob the blue pigeon, and Mac the scarlet macaw. Me, I’m a sun conure parrot from Brazil. I was blown out to sea and hitched a ride aboard a ship. They treated me well, fed me, made sure I had shelter in the storms, and then betrayed me. Each of my new friends has a similar story, of escape, flight or fear, of loss. When we arrived in this foreign land they did not welcome us, they imprisoned us. We do not look like the locals so we are caged, locked away, and seldom visited. Why are we not celebrated for our difference, our diversity ….